August 9, 2021In The newsby Jonathan Koziol 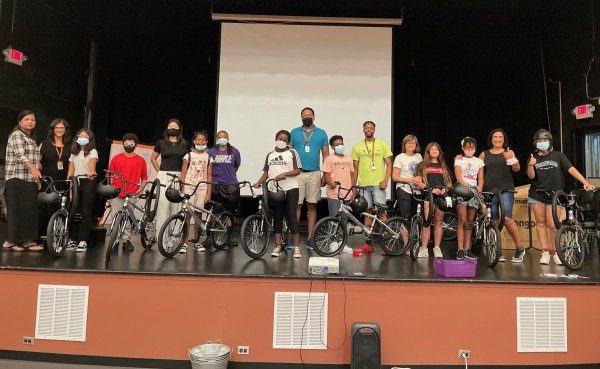 Each of eight classrooms in the program for Grades 5 through 8 at Soehl Middle School was given a kit with parts and tools needed to construct a bike. The kits came with STEM lessons inherent in the construction for teachers to pass on to students, and participants also learned about the science behind the sport of BMX.

Once the bikes were built, there was a raffle to choose one lucky winner per room to keep the bike that they constructed.

LOCALSOURCE: Bikes raffled off to Linden STEM students who built them

“This was a popular activity in our summer program, and we are looking forward to expanding it within the after-school program,” said Director of Grants Isabella Scocozza, who oversees the federally funded 21st Century program at Soehl.

In addition to the bike project, students in the summer program had an opportunity to work for five weeks on various other hands-on projects and activities. Students collaborated with Liberty Science Center for two hours each day and participated in many STEM-related thematic activities and programming, such as coding and forensic science.