School No. 1 principal leaves behind legacy of love 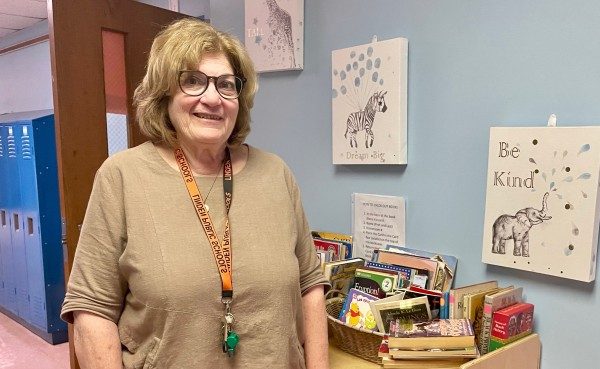 School No. 1 Principal Dona Preston is retiring after 33 years in Linden Public Schools, leaving behind a legacy of love for her neediest students and leadership for the many teachers who have served with and learned from her.

“I was really lucky in my career,” she said. “I’ve worked with seven different superintendents, phenomenal supervisors, wonderful teachers, and truthfully I’ve been blessed by all the people who have helped me in my career.”

But it was always the students who came first for Preston, who started in 1988 as a special education teacher at School No. 5. She had previously worked with autistic students in Jersey City and emotionally disturbed children in New York City. She used kindness to try to reach the most troubled students.

“For me, it was making a dent with the special ed population,” Preston said. “Kids that were really down and out. Kids that lived with grandparents, foster kids. If the kid falls asleep on the desk, it’s not, ‘Oh, the kid’s bored, the kid’s this or that.’ The kid is falling asleep for a reason and we have to figure out what the reason is.

“So I think empathy and kindness and just helping them was my shining star. Especially when they come back to visit. That’s just the best.”

The story of one young girl stands out from her days at School No. 5. She was a 6-year-old emotionally disturbed girl who was between foster families and out of control. Preston ended up adopting her.

But it wasn’t always an easy situation.

“She had more problems than I can tell you,” Preston said. “So she was in and out of my house and in the system. But now she has a family of her own. She came to visit me the other day.

“She always came back. So even though she might not have been in my house every year, she was always with me.” 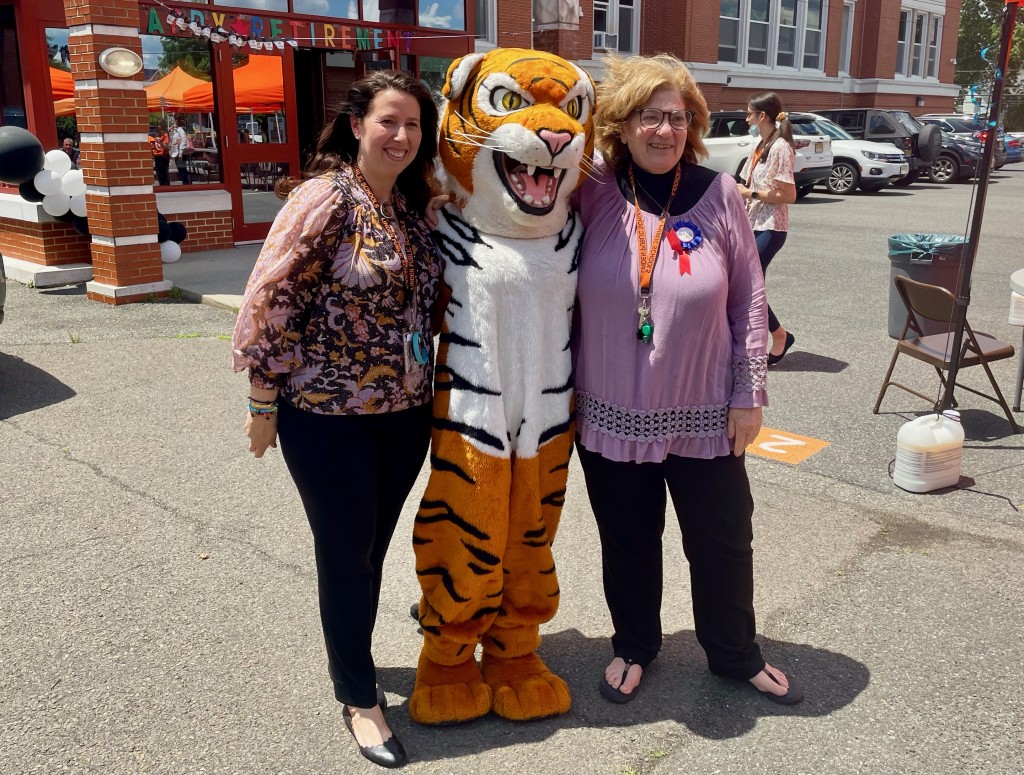 School No. 1 Principal Dona Preston, right, at her surprise retirement barbecue with Vice Principal Nicole Frankonis and the Tiger mascot.

It wasn’t always certain that Preston was going to be a teacher. After her stints in Jersey City and New York, she owned a florist in Elizabeth and The Sub Shoppe sandwich shop on Wood Avenue in Linden in the 1980s.

“Ms. Preston is leaving an incredible legacy behind in Linden Public Schools,” said Superintendent Dr. Marnie Hazelton. “She has touched countless lives of students and staff members alike and we wish her the best in a well-deserved retirement.”

Preston gives great credit for her success to her mentor, Alexis Jarose, who was her principal at School No. 5 and went on to be assistant superintendent.

“She taught me how you love kids, how discipline doesn’t work, everything I think that I am today is truly because of Alexis Jarose,” Preston said. “And so many of the administrators have worked under her, and we always talk about how many people she has touched. She was a great mentor.”

Preston has tried to emulate her mentor by helping young teachers learn and grow.

“That’s been another highlight of my career, seeing people go from young and inexperienced, and gaining and gaining,” she said. “That’s really nice to see.”

One of those who credits Preston with helping her become a better educator is School No. 5 Principal Dr. Laura Scamardella.

“Dona encourages her staff to strive for personal and professional excellence,” Scamardella said. “She can see the potential that lies within each staff member and cultivates the confidence needed in a safe and loving way, so success is met. Dona will be missed every day and remains a consummate professional in our district.”

Her colleagues’ love for her was on display in her last few weeks on the job, when the staff at School No. 1 held a surprise retirement barbecue in her honor and a “clap-out” of applause as she left the building. Preston was taken completely by surprise.

“I pride myself in knowing everything,” she said with a laugh. “I know the ins and outs, I know the gossip. But I knew nothing. It’s just amazing that somebody thinks they know everything. But they got me.” 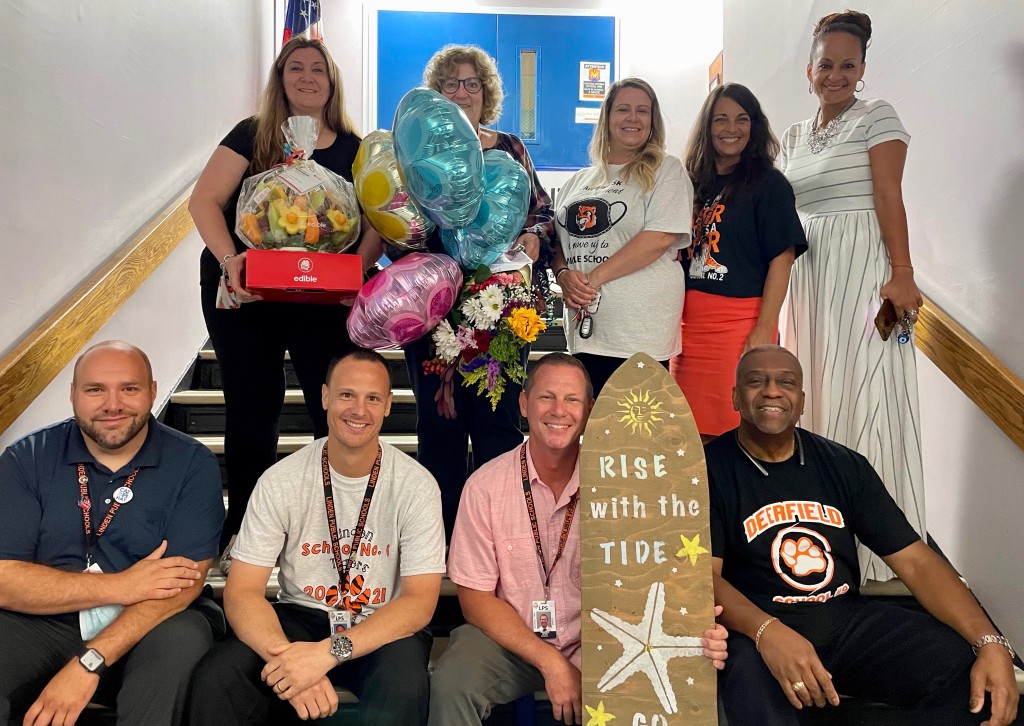 She was also surprised by a visit from the district’s other elementary school principals for a visit at the end of the school year to say goodbye.

“When the principals came marching in, it’s was like, oh, my God,” Preston said. “We have formed such a great bond. We help each other, we do things together. The collaboration has always been there. That’s been a very strong bond.”

When contemplating what she will miss the most as she retires, it of course came back to her students and her staff.

“There are so many things,” Preston said. “I’m going to miss the kids, because they are fun. Some of the things they say are just hysterical. I always say I’m going to put them in a book.

“And the teachers, because they’re such good people. I’ve been lucky. I’ve always worked in great atmospheres with great people. So that will be hard.”

In retirement, she expects to do more work with rescue animals, a cause that has always been close to her heart. And she is considering volunteering as a Court Appointed Special Advocate (CASA) who advocates in schools and homes for children in need.

Stating the obvious, she said, “That’s right up my alley.”