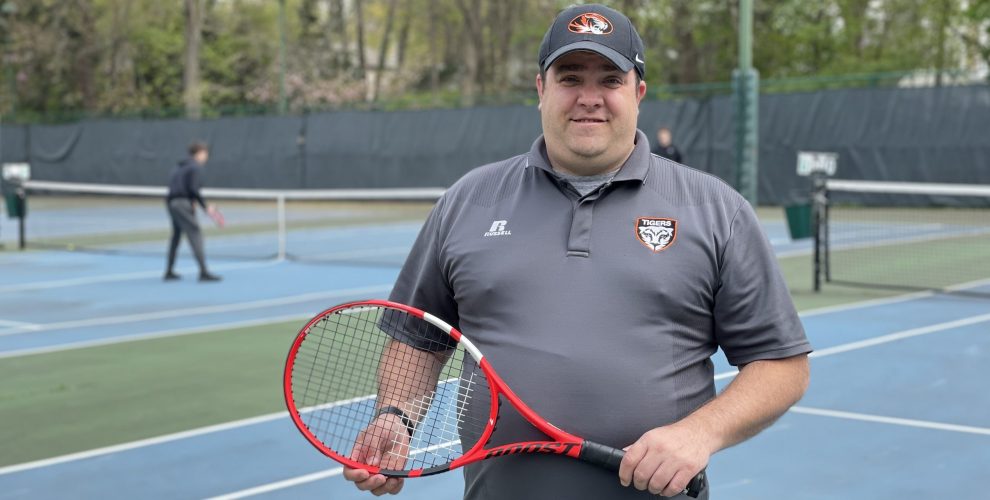 There is a new coach at the helm of the Linden High School boys tennis team, but his face will be familiar to many of the athletes and students at LHS.

Chris Paskewich has been teaching and coaching at the high school since 2012 and is looking forward to the new challenge of taking the helm of the tennis program. It’s a sport he’s been playing his whole life, and he’s looking forward to passing that love for the game on to his players.

“My goal for the tennis team is to teach everyone the game who wants to learn,” Paskewich said. “Tennis is a sport that you can play competitively or for fun. And I want the team to have fun, as well.”

Since coming to Linden, Paskewich has been an assistant boys soccer coach, switching between assistant varsity coach and head JV coach. He said it was a hard decision to give up coaching soccer and focus on tennis.

“I will miss soccer,” he said. “This was an extremely hard decision to give up soccer, since I grew up playing soccer year-round. I really enjoyed being around the soccer team and coaches.”

Paskewich teaches TV/Digital Media at LHS, where he oversees TNT Student News and the student film crew, making him a familiar face at sporting and community events of all sorts.

He grew up playing tennis at Roselle Park High School and later at the University of Scranton. He volunteered as a coach for the girls team at Matawan-Aberdeen High School after college.

The biggest difference between coaching soccer and tennis at LHS is the number of student athletes playing the sport, Paskewich said. A large part of his new job is to recruit players.

“When we would have soccer tryouts, we would have more than enough people show up that we would have to make cuts. Last year, the tennis team only had three players,” Paskewich explained. “So this year, I talked to some of my players from the soccer team to recruit them to the tennis team. Also, with the school’s boys volleyball team, a lot of players wanted to play volleyball instead of tennis. So it’s a challenge.”

And so what does he tell potential team members to get them to play tennis?

“Tennis is a game anyone can play,” Paskewich said. “If you have interest in the game, come out for the team and don’t be afraid to learn a new game.”