Soehl teacher jumps into moving car to save students 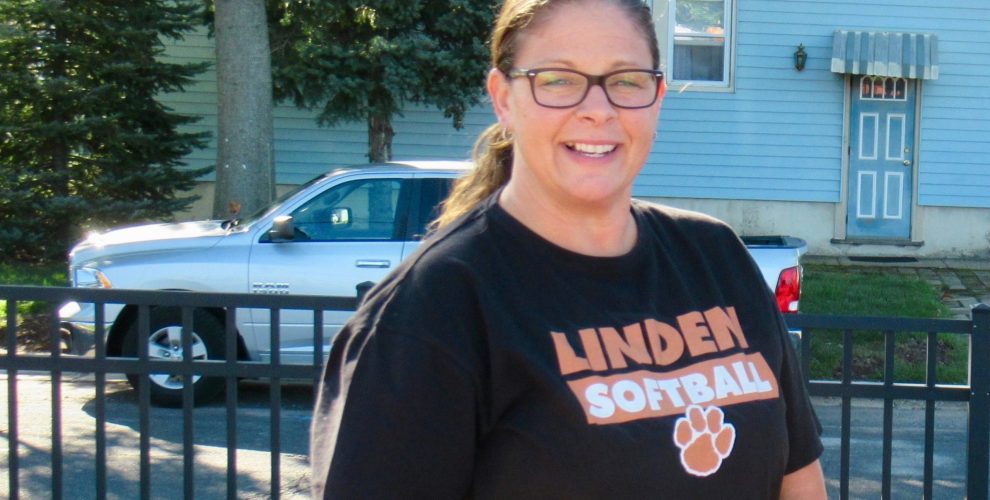 Quick thinking by a middle school teacher in Linden help prevent what could have been a tragedy.

Soehl Middle School health and physical education teacher Valerie Tauriello jumped into a moving vehicle that was headed for a group of students outside before the first day of school and stopped it before the situation turned into a disaster.

“It was a situation where a lot of people could have become injured,” Tauriello said, “and without hesitation I just had to jump into action and stop that moving car from running into the school or injuring the kids.”

It all started on Wednesday, Sept. 8, while Tauriello was outside on drop-off duty on the first day of the school year when a parent jumped out of their car to run into the school to drop off their child’s forgotten iPad. However, the vehicle was not in park and started to roll forward onto a sidewalk where a group of students was gathered.

“He went running to give his kid the iPad, so he wasn’t near it,” Tauriello said. “So I figured I’m the only one who can get to this car right now.”

MYCENTRALJERSEY: Linden teacher jumps into car to save students

Soehl Middle School Principal Gwendolyn Long said Tauriello thinks of the students safety first, as if they are her own children.

“She did not hesitate to risk her life to save our students,” she said. “In a matter of seconds she informed the father of what’s going on, informed the staff to get the kids out of the way, then thought enough to risk her life, because she could have gotten injured. This is the person she is, and this is every day with Ms. Tauriello, thinking of our students first. The Soehl Middle School family is just blessed to have her.”

Tauriello, who is also the head softball coach for Linden High School, said her athletic training kicked in, despite the fact that she was wearing a boot on her foot for an old injury that was acting up.

“I know I can’t run that fast, so at first I was kind of frozen,” she said. “But I was like, oh my God, I have to stop this car or it’s going to hurt somebody.

“It was very hard jumping into a moving car. I never realized that would be a difficult task. At first I couldn’t really get in because the car was moving faster than I expected it to. So I just ran a little faster and just hopped in and put into park.”

“This is the person she is, and this is every day with Ms. Tauriello, thinking of our students first. The Soehl Middle School family is just blessed to have her.”

The whole situation was caught on camera by the school’s security system, showing how fast it all happened. Before jumping into action, Tauriello shouted to another teacher, Frank Hasenauer, to get the students out to the way.

“I yelled, ‘Move the kids! There’s nobody in that car, you gotta move the kids!’ He told the kids to move out of the way, and that’s when I ran for it,” she said.

She also credited paraprofessional Deborah Okun with alerting her to the moving car, as Tauriello was watching the parent running toward the school with the iPad.

“I’m just glad everybody’s OK,” she said. “It could have been bad.”

Soehl broadcasters learn the ropes during visit to LHS digital media program
11 May, 2022

McManus technology students needed a computer. So they built their own.
10 May, 2022 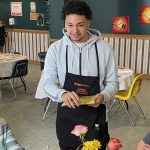