February 17, 2022In The newsby Jonathan Koziol 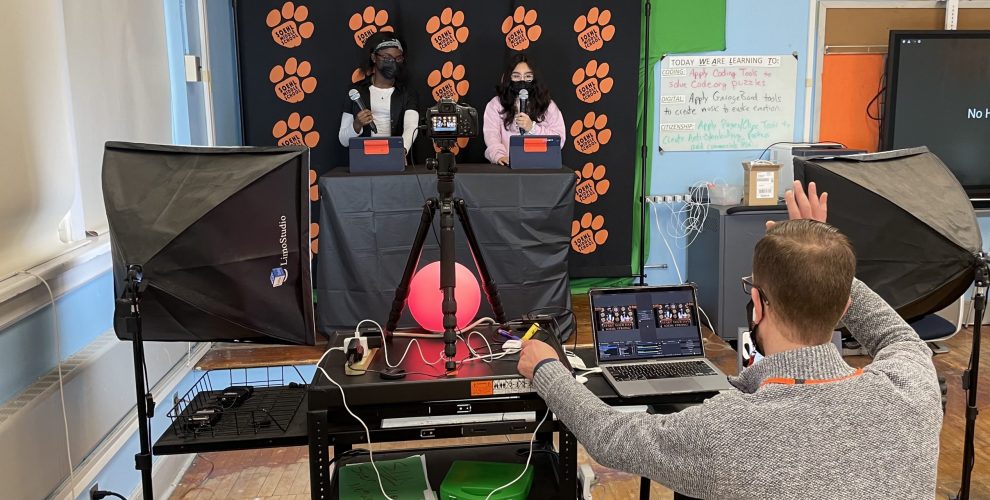 Soehl Middle School recently went on the air with a morning news show that gives students and staff a rundown of school information and announcements to get their day off on the right foot.

“Live-streaming the announcements is something I had wanted to try for some time,” Marchica said.

The newscasts just started after winter break, so they are still in their early phases. Marchica and Astone collect announcements from the rest of the staff and prepare them for the two students to read on the air. Marchica livestreams the show from his classroom to YouTube using Open Broadcaster Software, and classes around the building tune in to watch.

A recent episode included a call for tryouts for the school play, a meeting for those interested in playing baseball, facts of the day for Black History Month, and more. They hope to expand the operation to include more students and more jobs.

“Our vision for SNN is to have students doing everything, from gathering announcements to writing scripts, to setting up OBS and running the livestream as I do each morning,” he said. “We would also like to employ some student reporters to document, write, and report on stories or events that are taking place around our school, outside of just the announcements teachers would like to have read.”

Students get a look into future of gaming technology from LHS alumnus
Comments are closed.
View Calendar