November 12, 2021In The newsby Jonathan Koziol 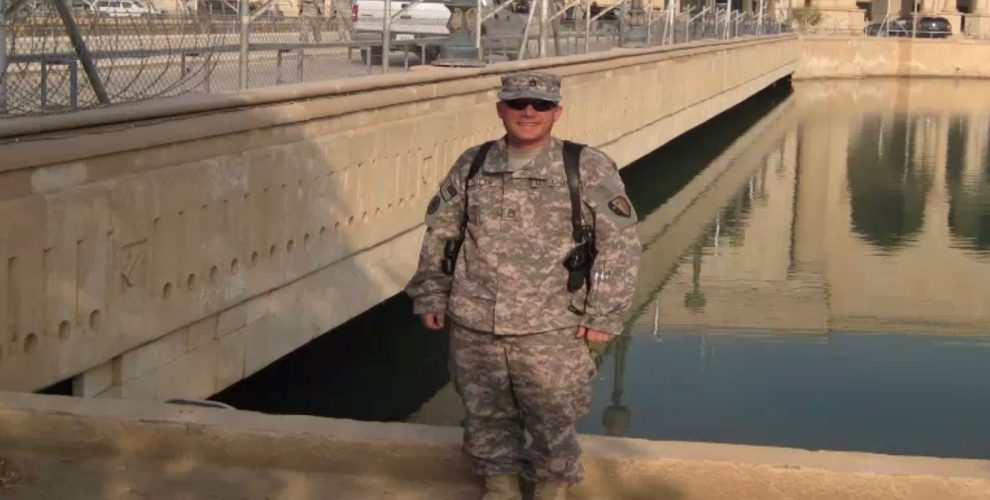 Linden High School students got uniquely personalized lessons for Veterans Day when two of their teachers held sessions throughout the day talking to students about their time in the military.

Social studies teachers Derrick Potts and Gary Mazurek talked to their classes in person while other social studies classes logged in to watch and listen through Webex. They shared stories about their time in the Army, discussed why they joined the military, and answered student questions that ranged from “What was the food like?” to “Would you do it over again if given the chance?”

“Mr. Potts and I were incredibly humbled, and thankful, and very flattered that we were asked to talk about and answer some questions about our experiences serving in the military,” Mazurek said.

Mazurek told students he enlisted in the Army infantry in 1991, going to Fort Benning, Ga., for infantry training school. He then served three years in Berlin before he was discharged in 1994 and headed to college.

He turned the bulk of the session over to Potts, whom he said “did far more remarkable and courageous things than I did.”

Potts told students that he served in the Army National Guard while working as a teacher at LHS. He trained for years to work with field artillery.

“When 9/11 hit, that was the turning point for everything,” he said. “Then when the Iraq War started in 2003 everything started to change.”

He was sent to Iraq in 2004, where he got the chance to combine his work as a soldier with his calling as a teacher.

“I was the only teacher in my unit, and they asked if anyone was a teacher,” Potts said. “So I raised my hand and this colonel says, ‘Have I got a job for you.’ It turned out it was one of the coolest things I’ve ever done.”

Potts was put in charge of a school where they educated Iraqi civilians who had been arrested to give them skills to find work and to understand the new Iraqi government.

“It was our job to educate these people the best that we could,” Potts said. “It was really successful.

“I had trained for 20 years to fight with guns, and I ended up fighting a war with education.”

Both Potts and Mazurek said that they entered the service looking for the direction and discipline that they needed when they were younger. When a student asked them if they would do it all over again, they gave very nuanced answers.

“I support the troops,” Mazuek said. “That seems like a very blanket statement because they’re all like me, working class kids who were looking for an alternative coming out of high school. But when I think about war, I want my nation to be a nation that looks to war as the very last alternative. Just like we do in the classroom: We don’t want our students fighting in the classroom. We want our students to talk out our differences and hopefully come to some sort of resolution.”

Potts told students the military experience is whatever you make of it.

“But I would do it over again in a heartbeat.”