October 5, 2021In The newsby Jonathan Koziol 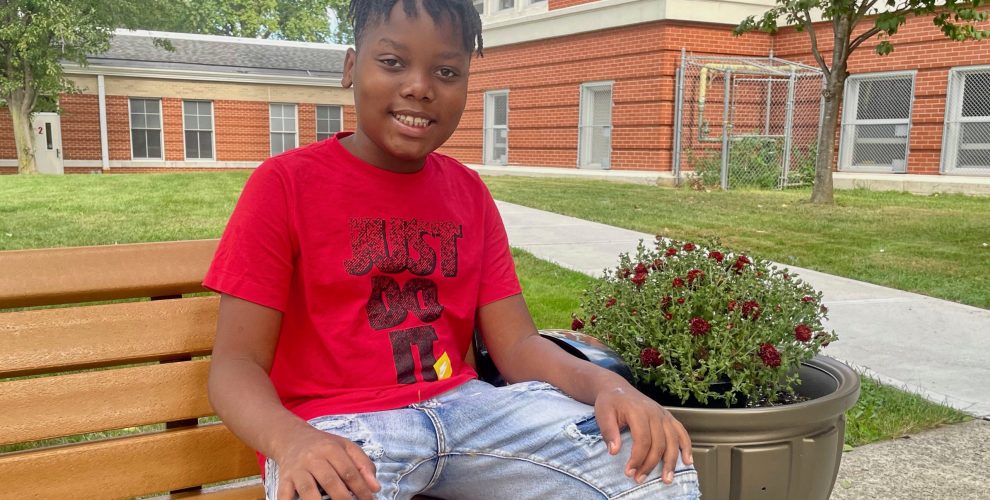 Imagine showing up for your first day of school, and not only do you not know anyone, but you can’t understand a word that anyone is saying.

That was what two young brothers, ages 5 and 6, faced recently when they arrived at School No. 1. The boys came to live with relatives in the Unites States after they were displaced from their home by the Aug. 14 earthquake that devastated Haiti. Besides each other, the two boys had no one in school to turn to, or even talk to.

That is until fifth-grader Renal Ali stepped in.

“They did not speak one word of English,” said Acting Principal Michael Walters. “So I knew right away that we needed some help here. I wasn’t aware of any Haitian Creole speaking teachers or staff, so I went to a fifth-grade class and asked, ‘Does anyone speak Haitian Creole?’ and Renal immediately said yes.”

Walters explained that he and some other staff members tried to connect with the boys by being jovial and excited, but they did not respond. Renal, however, got down on their level and spoke softly to them.

“He very calmly said something in Haitian Creole, and right away both of their heads snapped up and they made eye contact,” Walters said. “It was a connection right away. And those kids were glued to him.”

Renal was born in the United States and knows English and Haitian Creole well, so he has never been through a similar situation, but he said he could understand how the two boys felt.

“There’s a lot of people out there that don’t know how to speak English or don’t know anything about the country, and I just wanted to help them,” he said. “I think they felt like they had someone who can understand what they’re going through.”

Walters said the two brothers have since been transferred to School No. 9, where they are getting guidance from the district’s English as a Second Language program for students who speak Haitian Creole. But their first couple of days at School No. 1 were made much more bearable because of a friendly voice from Renal, who checked in on the brothers throughout the day, at recess, and after school to let them know they weren’t alone.

“He just completely saved the first day for those kids,” Walters said. “What could have been a horrible experience turned out to be something very positive.”

Renal, who is in Sabina Robinson’s fifth-grade class, said he got praise from teachers and his friends after he helped the two boys.

$58,000 from Phillips 66 funds science kits for all second-graders